The Circular Economy and EU Legislation

What is a Circular Economy?

A circular economy is where the value of products, materials and resources is maintained in the economy for as long as possible, and the generation of waste is minimised.  It also embraces the concept of waste as a resource and secondary raw material, to be reused and recycled in a more sustainable manner, in the manufacture of new products.

It is a shift away from the linear model ‘take, make and waste’ which relies on a steady supply of natural resources to create products and packaging. The EU has produced a short video explaining the concept. 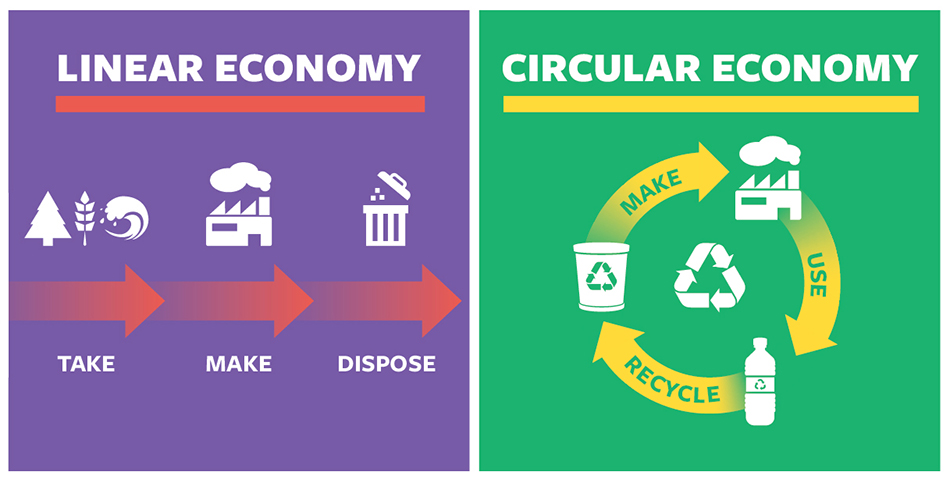 Recycling is a critical component of a circular economy.  An effective recycling strategy relies on the cooperation of many stakeholders to make it work, with responsibility for its success shared across policymakers, government, business and consumers.

What is the EU Circular Economy Package (CEP)?

In 2015, the European Commission adopted an ambitious new Circular Economy Package to support the EU's transition to a circular economy.  The following year, negotiation of both the legislative proposals and the proposed Circular Economy Action Plan took place with the Member States and the European Parliament. 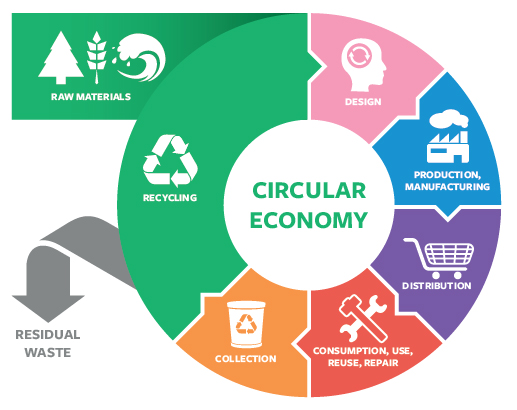 The key aims of the CEP are to:

The key areas of focus of the CEP are as follows: